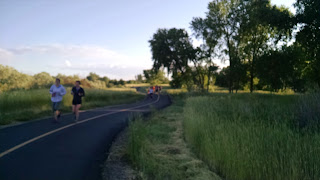 
Well this week was primarily about recoverying from the Ogden Marathon, which I did last Saturday.  I took most of the week early, primarily just burning calories and making sure nothing was broken. During the last few miles of a marathon, generally speaking, my gait doesn't look very good so naturally I am using muscles I don't normally do -- often at the risk of injury.  So you never know exactly what is going to be hurting.

I am happy to report that other than some tiredness, it was definitely all systems go.

I had a solid run on Thursday.  I started off at a medium pace and at the turn around a guy, about half my age, was coming up behind me.  He was working at a decent clip and I figured I'd try to stay ahead of him.  I suspect he figured out what I was doing but either way, the final 3 miles of my run was definitely pretending I was being chased.  I *really* need to find a training partner. 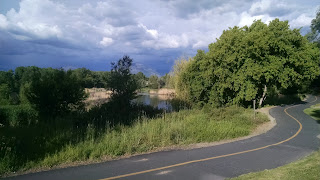 No Racing This Weekend

I actually didn't race this weekend -- and it wasn't because there weren't any races in town.  Actually there was a half marathon about 3 miles from my house on the route I generally run on every day.  My heart sort of broke on this morning's run as I saw the initial lead pack of half marathoners and later full marathoners making their way south along the trail.

On the other hand though, the pressure was off for me this morning and it was nice to give a thumbs up to the runners.  It was also interesting to take stock of the runner's facial features. You could tell who were having a good race and who were suffering.  I ran into most of the full marathoners around their mile 12 (or so) and I could tell right away who was having a good race and who wasn't.

The marathon was the Jordan River Marathon and it looked lightly attended (like less than a hundred people for the half and full).  I would like to run this one at some point as it is practically in my backyard.  However, it is sort of at a bad time of year:  the race market is flooded at this point AND late May tends to be warm. 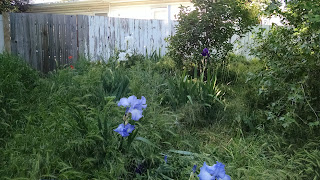 I hit 1000 miles for the year.  According to my calculations, I am running about 6.7 miles a day.  I am down from last year, which is okay in my book.  I am still running a lot and staying injury free.