Well as one who likes to break the rules, I certainly did it this week.  I ran a 30K last week, a full marathon this week and then a half marathon before the week's end.  To say the least, I packed in a lot of races.  All things considered I ran the half and the full pretty well.  I was disappointed with the 30K but I did sort of set out to take that one easy and it was windy.

I actually felt pretty good this week.  There was some lingering soreness throughout the week and I felt like it might've slowed me down during Saturday's half marathon.  I also worried about the injury risk.  It is hard to train and get in some long distance -- just for fun runs when you are racing a lot.  And one of the caveats of running and racing a lot is the increasing change of injury.  Luckily, other than some quad soreness and the occasional calf ache, I've been hanging in there.

Either way, I got in a nice week of mileage -- and training. 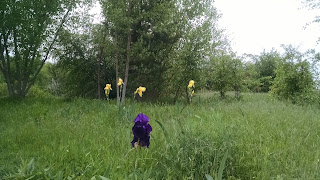 I was in the local running store the other day and was grabbing a few gels.  I have shoe box brimming to the top with them, but I like to keep it topped off.  I spotted a new flavor that sounded intriguing yet kind of gross: Mint Cucumber.  I'll try just about anything and off all things I did try it on Saturday's half marathon.  I was expecting an overpowering taste of mint or cucumber.  Instead what I got was a very freshing and light tasting gel -- almost akin to the salted watermelon.  Not my favorite but certainly not yucky.