Well, today was my first half marathon of 2014.  It almost didn't happen: I went for a 5 mile run on Tuesday and felt a dull ache in my lower calf / achilles tendon -- both signs of Achilles Tendinitis -- one of the worst injuries to get in terms of recovery.  I was kind of stupid (okay, very stupid) to keep running on it on Tuesday because as soon as I started running I felt it.  I didn't run for the rest of the week and hit it with NSAIDs and ice and rest.

By Friday I wasn't feeling it (much) and decided I was a go for the race.  If I hadn't preregistered for it, I don't think I would've done it, but heck I had shelled out $50 for the race, so I figured I'd go up and run it, even if I had to limp through it.

It is about an hour an ten minute drive to Honeyville -- a small, one-horse town north of Salt Lake City.  The race started at 7AM so that meant leaving at about 5:15.  Luckily I woke up a bit earlier, shoveled a bowl of cereal down my throat and headed out.  I left at 5:05 and got there a smidge after 6:20.  I had zero problems finding the race site.

I took some really nice pictures of the sun coming up over the eastern ridge of mountains and the race started pretty close to 7:30.  It would've started on time but there was also a triathlon so the number of cyclists they had to start took longer than expected.

I really didn't have a goal for the race.  I wasn't sure what my fitness was, whether my Achilles would hold out, and how hilly the course was.  The race itself was held at Crystal Hot Springs and the area immediately around the race start was rolling hills.  I was a bit nervous as I saw how long they were.  I asked around what the profile of the course was and found out that it does get flat after the initial start and then the "real" hills started at mile 4.

I went out cautiously, hitting 8:20 miles.  After the initial set of hills on this out and back course it did level out so that the next 3.5 miles were pancake flat.  I was able to knock off 8:20 miles like clock work.  My achilles, initially barked at me but soon I forgot about it.  I never had a single problem with it during or after the race.

The hills certainly lived up to their expectations and right at mile 4 there was a climb.  It affected my pace but it didn't ruin my energy level.  I'd reel in the hill, recover and then hit the next hill and rinse and repeat.  For the most part I was nailing 8:20's except when I faced a bad hill.

What goes up, must come down and sure enough at the turn around point, we got to go down the hills we had climbed.  I did remember clicking off a 7:57 mile.

I felt strong up until about mile 10 or 11.  While normally around that time my pace plummets, I was able to maintain my pace reasonably well.  I think my slowest mile (outside of hills) was a 8:45.

The course, in my opinion was short.  The turn around point should've been at mile 6.55 (making a 13.1 race) but instead it was at 6.40-ish  I believe my Garmin said I finished with a total mileage of around 12.85 or so.  I suspect the course was a quarter mile short, so you can 2 minutes to my time.

If you want to see where the course ran, you can look at the race site: http://www.lucky13race.com/ or use maps.google.com and search out Honeyville Utah.  I ran Route 38 North from the Springs for 6.44 miles through Honeyville and through a little town called Deweyville.

One of the perks of the race is being able to soak in the natural hot springs at the Crystal Springs.  According to their signs, they have the highest number of minerals in the country.  Through the grapevine, I heard I was sitting in 20,000 year old water that was lava heated.  There was a hot spring that was too hot to touch as well as a cold one.  Suffice to say, I sat in the hot springs for no less than 90 minutes.  The air temperature was about 50 and other than a bunch of annoying 10 - 12 year old kids climbing all over the place, it was a wonderful experience.  I wasn't sore at all from the race and I think a lot of it has to do with the miles I've been logging as well as the hot springs.

I wasn't sure what I wanted to do after the race and after soaking.  Logan -- an idyllic town up in the middle of Cache Valley was 30 minutes away and while they have some good eats there, I knew that they also had a Golden Corral.  Holding to tradition that's what I did: I went to Logan and to the Corral.

Luckily the race route followed Route 38 North out of town so I stopped and took pictures at various junctures along the way.  After a 30 minute absolutely beautiful and peaceful drive, I arrived at the Logan Corral and ate to my heart's content.

Afterwards I headed to Richmond Utah, another 15 - 20 minutes north to go to the Pepper Ridge Farm Cookie Outlet and scored $20 worth of factory seconds.

I looked at my phone and discovered that I was a few minutes from Idaho.  Being curious and also being in the market for a cheap bottle of white wine (for cooking purposes -- honestly) I drove into Franklin Idaho and Preston Idaho.

Afterwards I made the drive home.  I am really sunburned and my skin feels salty despite the shower I took at the Springs.  It was a really nice day for a run: perfect weather, I had a good time in my race afterwards.  I wish I had had a better agenda and had figured out a hike, but I really didn't know what time I'd get to Logan and what the conditions would be like.

I did take a lot of pictures, however. 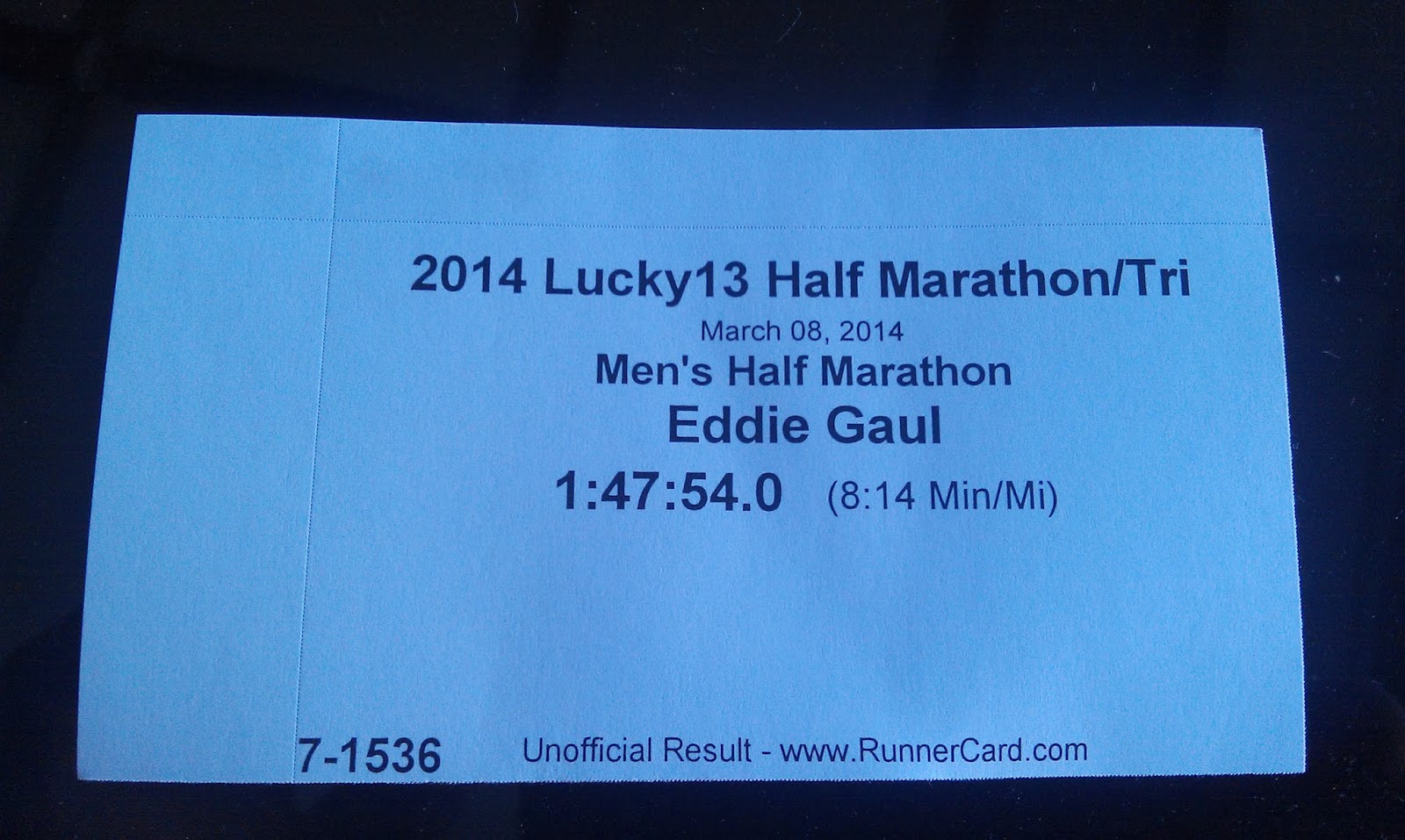 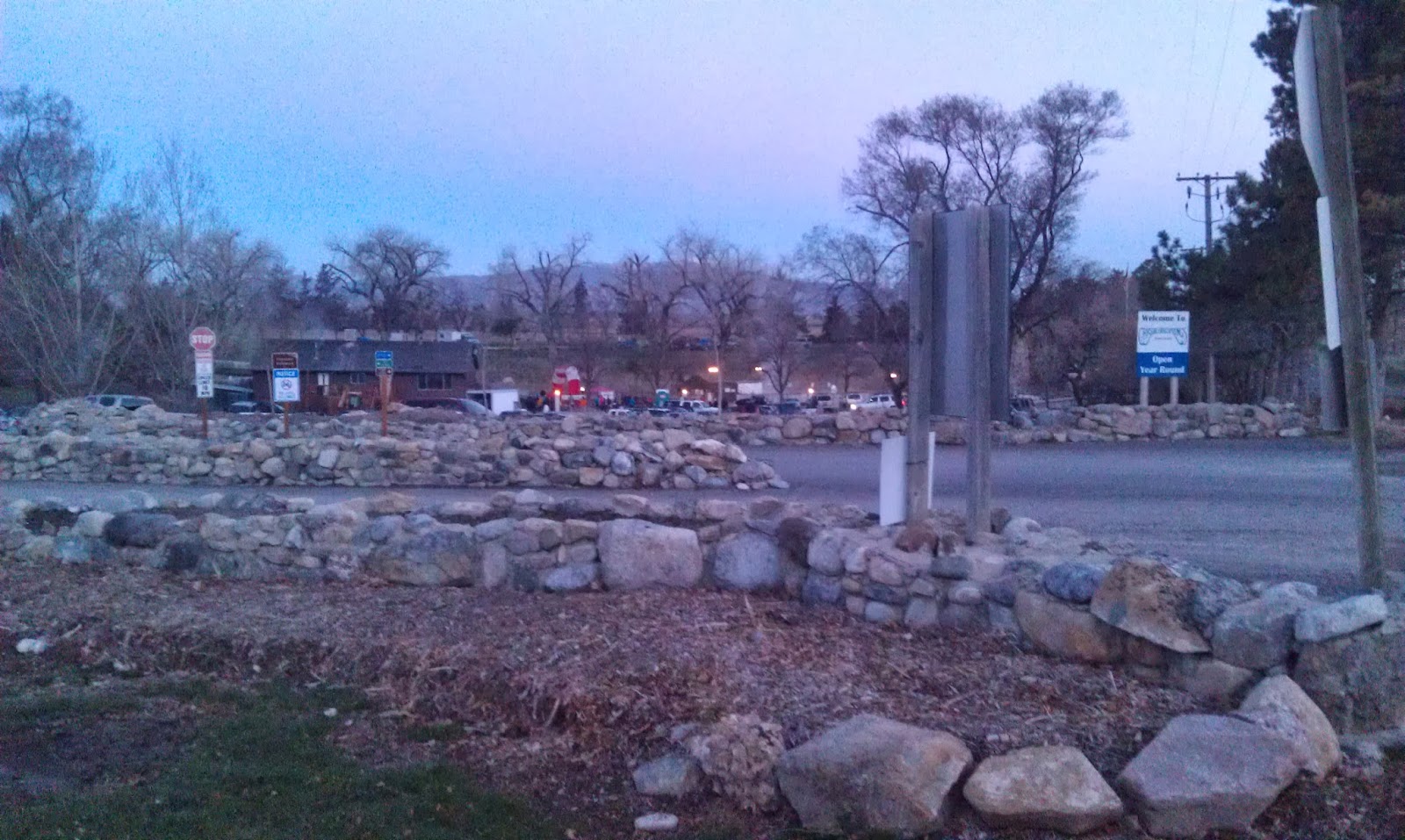 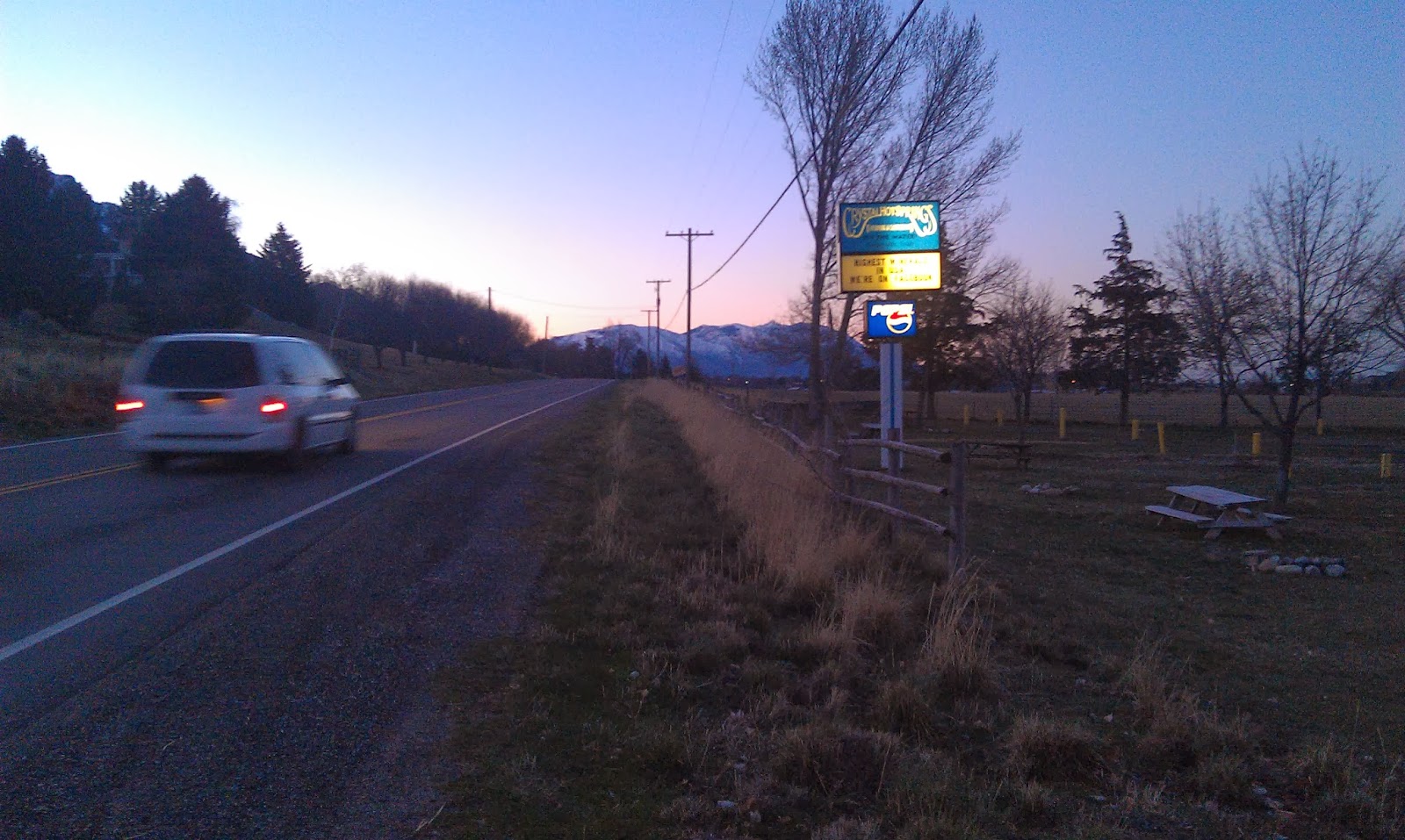 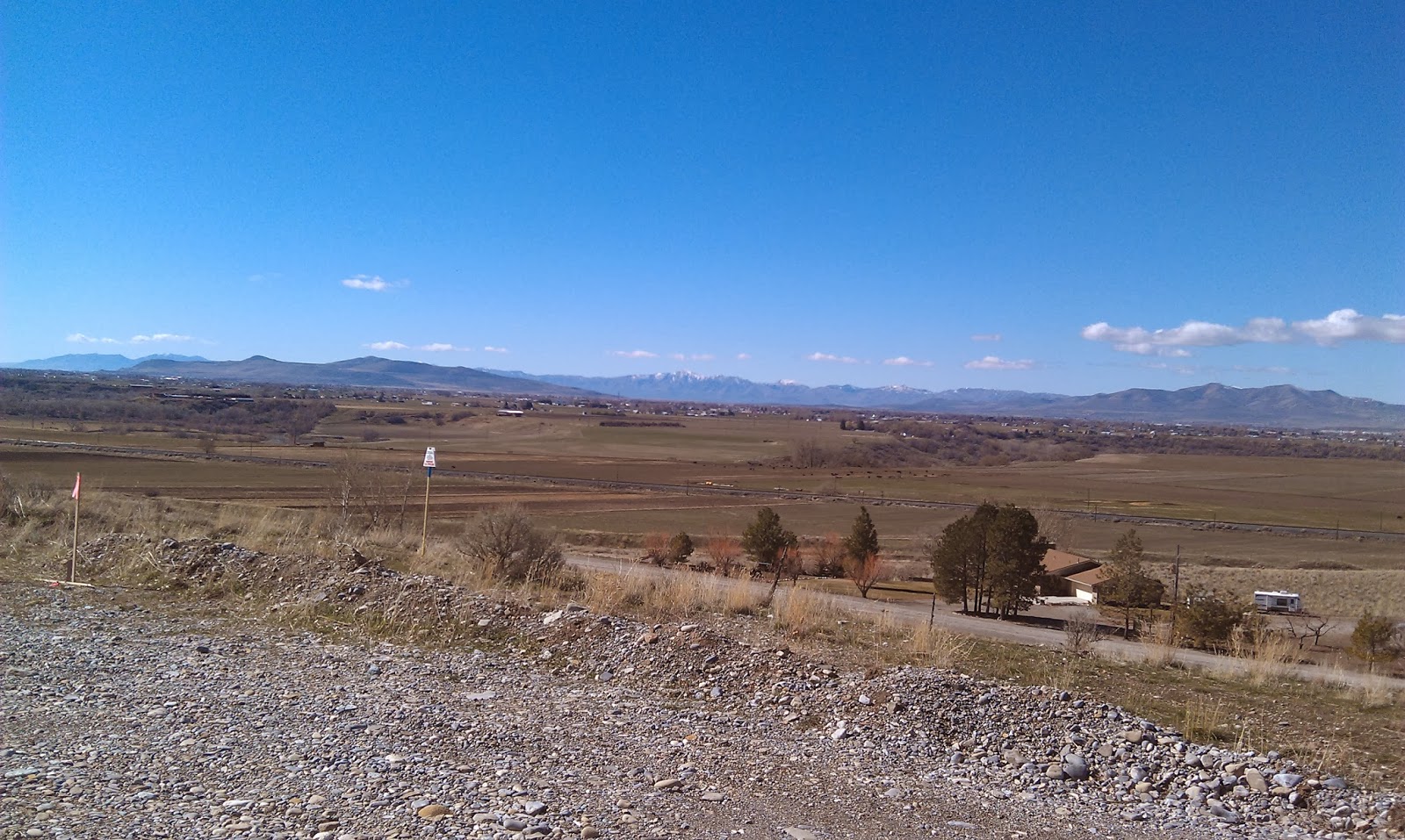 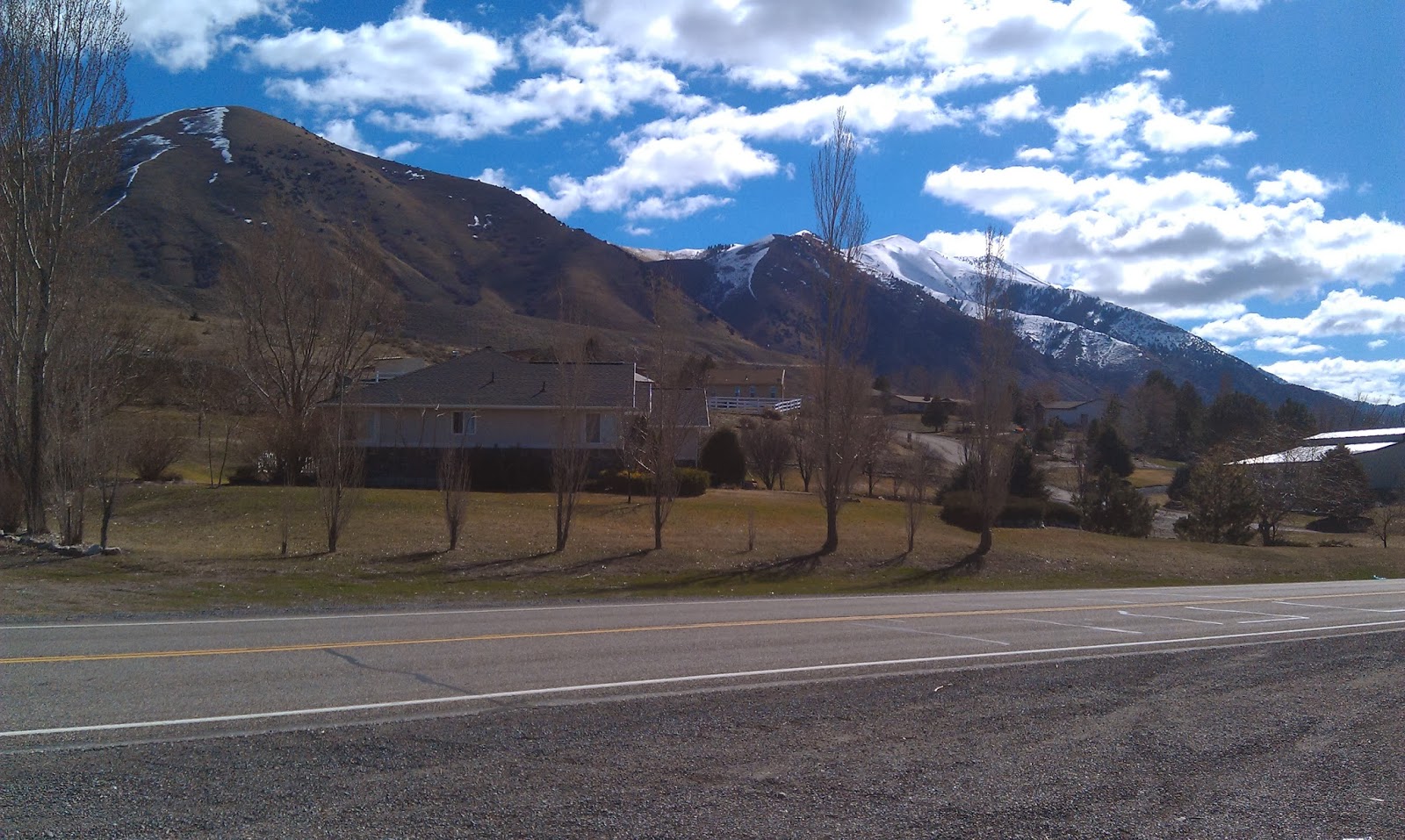 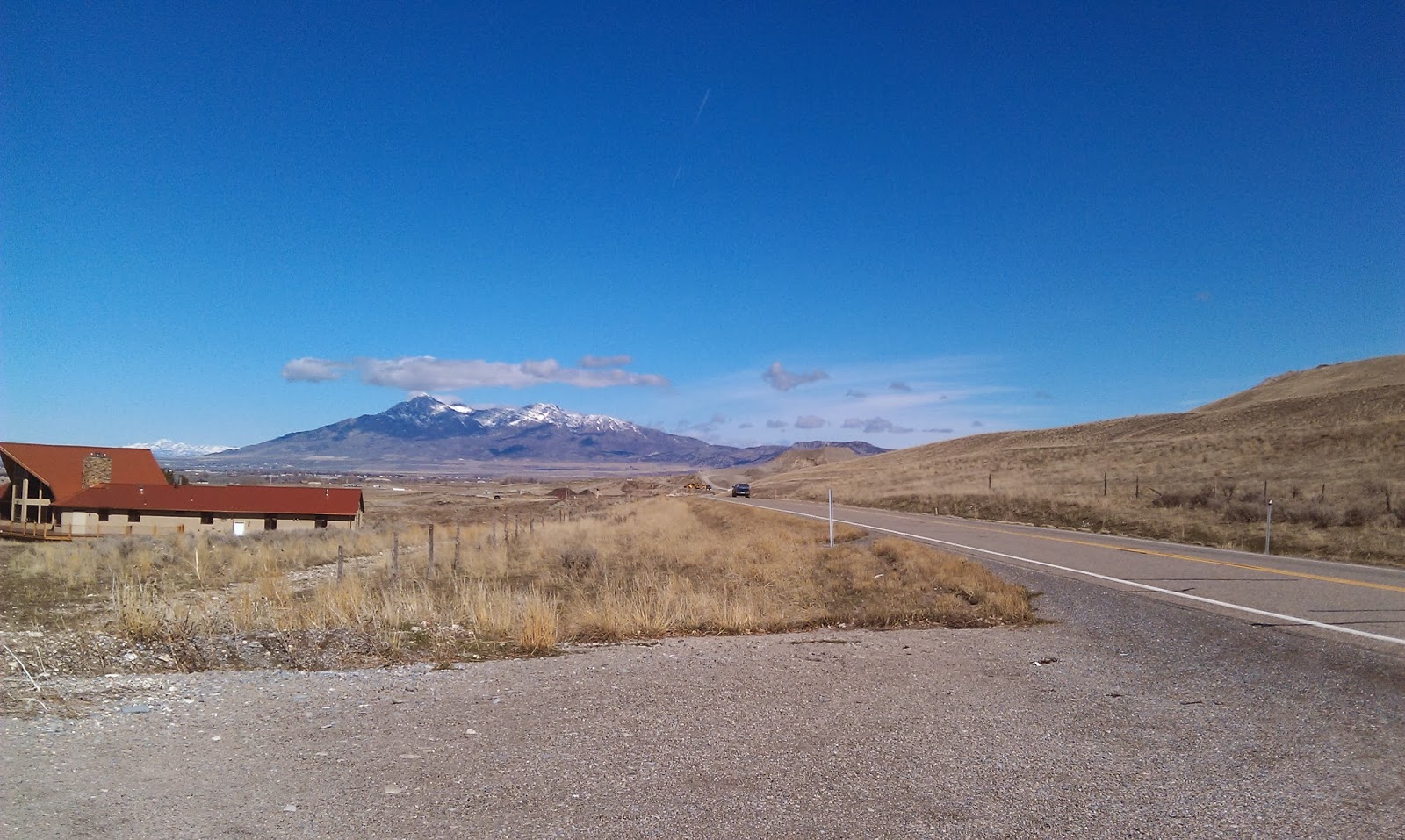