Now that we are finally moved in, I am finally going through the basement and locating things and setting them up.  I was on the lookout for all my running bling, as I'd like to display them in the house.

Luckily, I found the box containing them and figured that the marathon medals in particular would make an interesting post.  Unfortunately, I was unable to locate (for now) the 2009 and 2010 Las Vegas Marathon medals.  I suspect those are with some other clothes or in a drawer, but I did manage to find all my other other medals and trophies.

Green Bay Marathon in 2011.  This was best effort ever in a marathon.  I turned in a 3:38:54 despite an officially long course.  Temperatures were cool but there was a 40 mph wind that blasted me for about 5 miles in the face.  I'd love to have seen what I would've been able to do without the weather conditions.  I was highly trained and while running in Green Bay made my Chicago blood curl, I loved the race.  I love the ribbon on this medal and I'd love to do this race again. A world-class event. 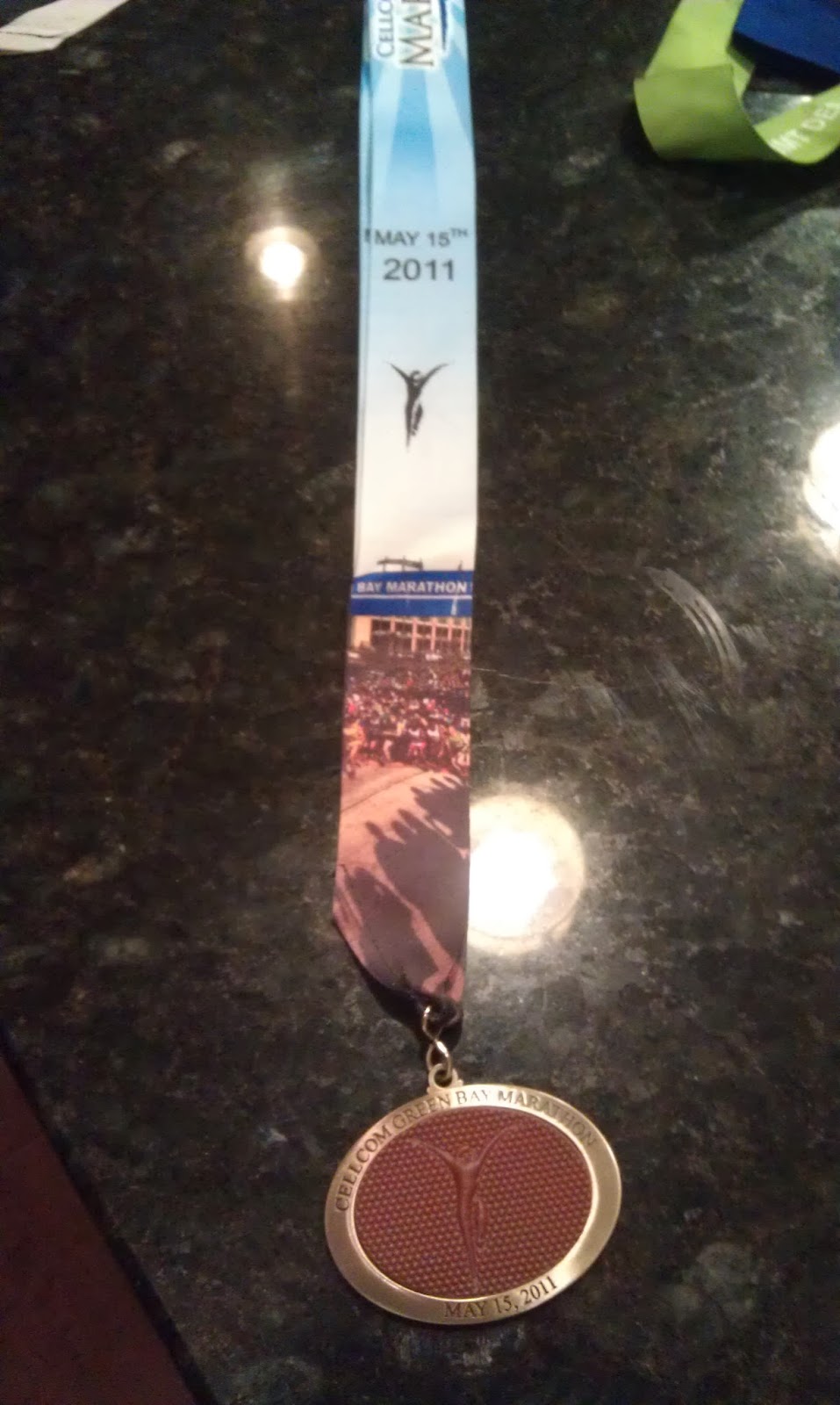 Bear Lake Marathon 2013.  This race started in Idaho and finished in Utah, thus counting as an Idaho Marathon.  I did a write-up on this one.  I did this race for "fun".  I ran it in 4:30 or something and did it on a whim. 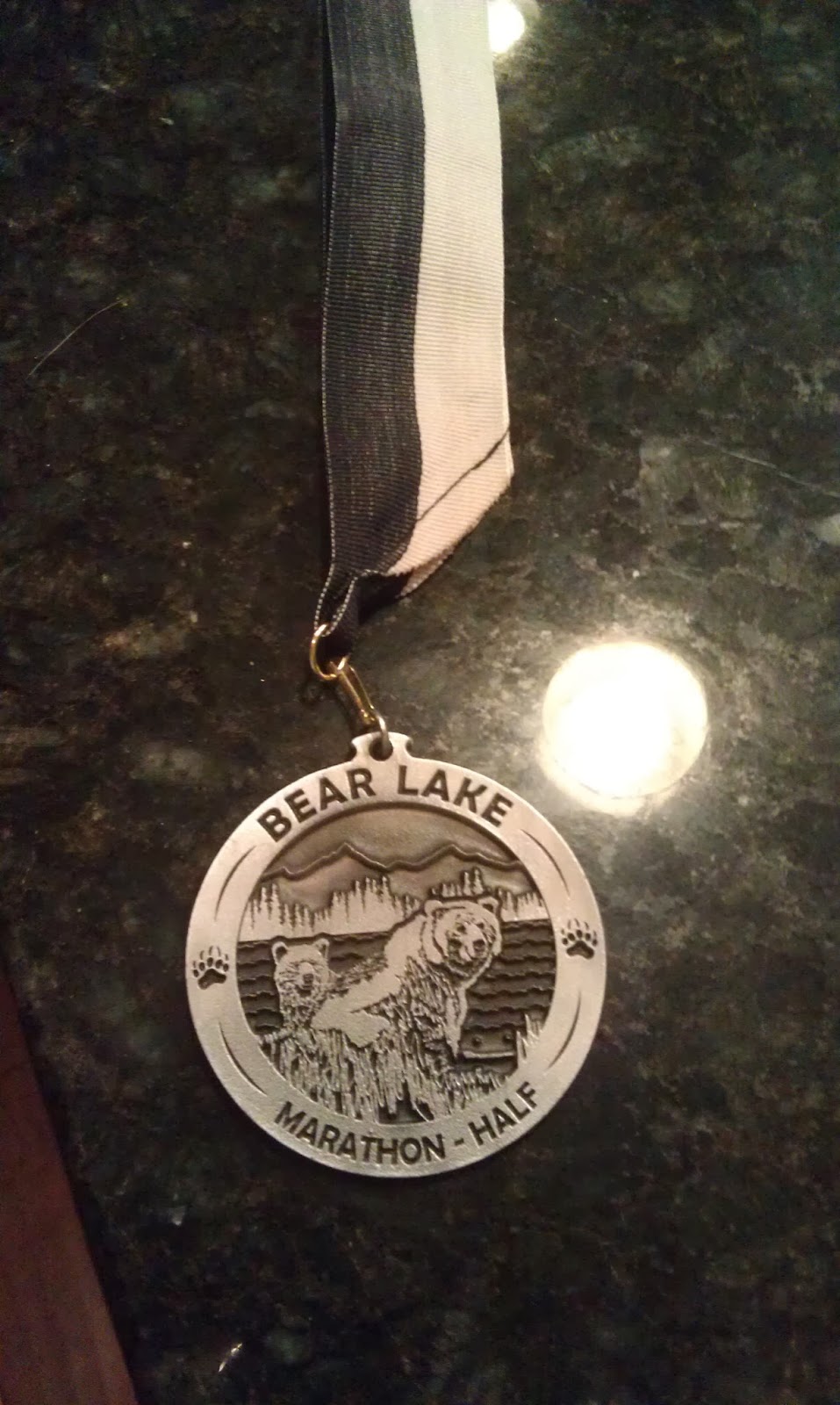 Grand Rapids Marathon 2011.  I ran like crazy for the first 15 miles and I just remember after that my gut just felt "off"  I wound up having the major dry heaves when I was done.  I finished in 3:45.  Just a wonderful marathon though -- definitely recommended. 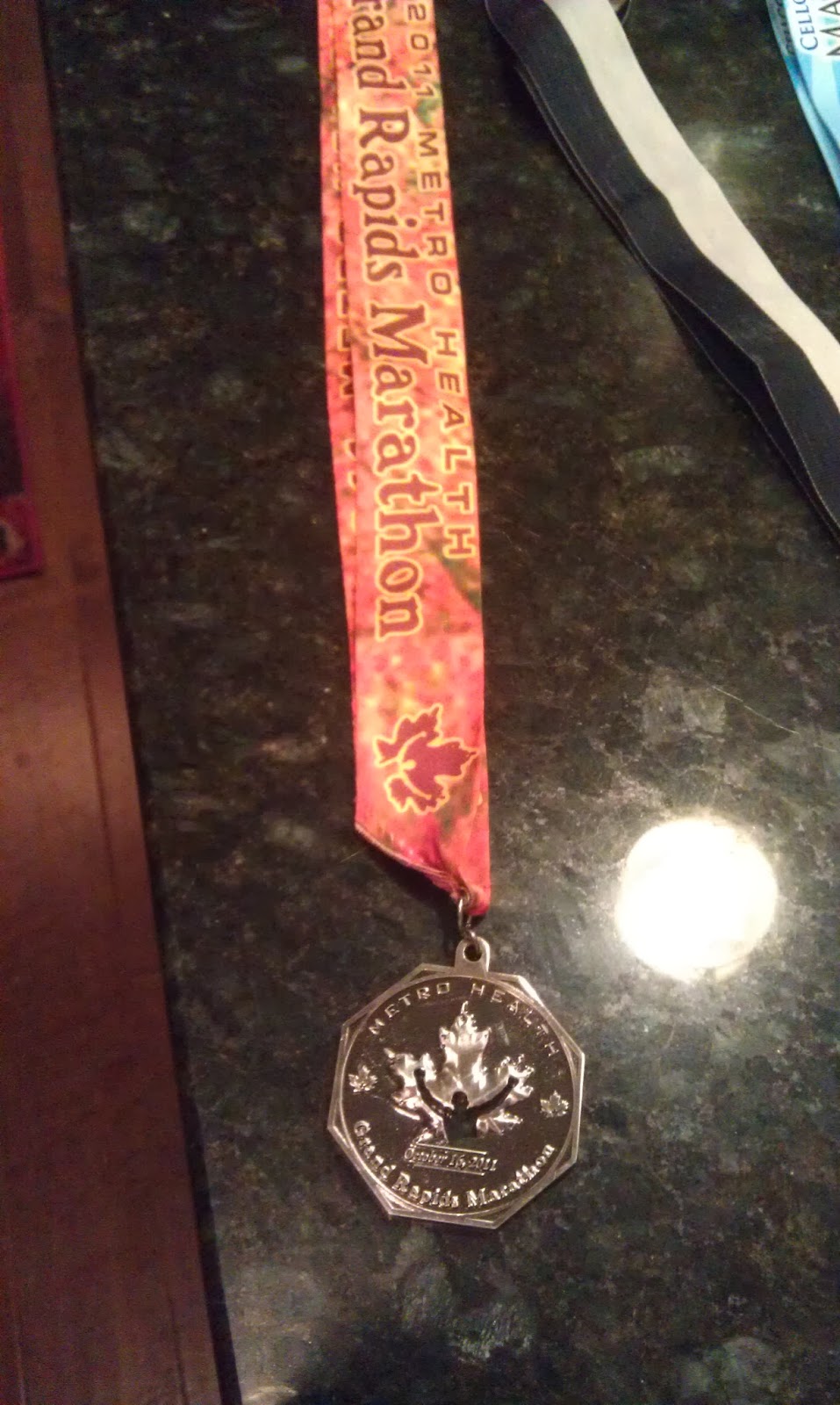 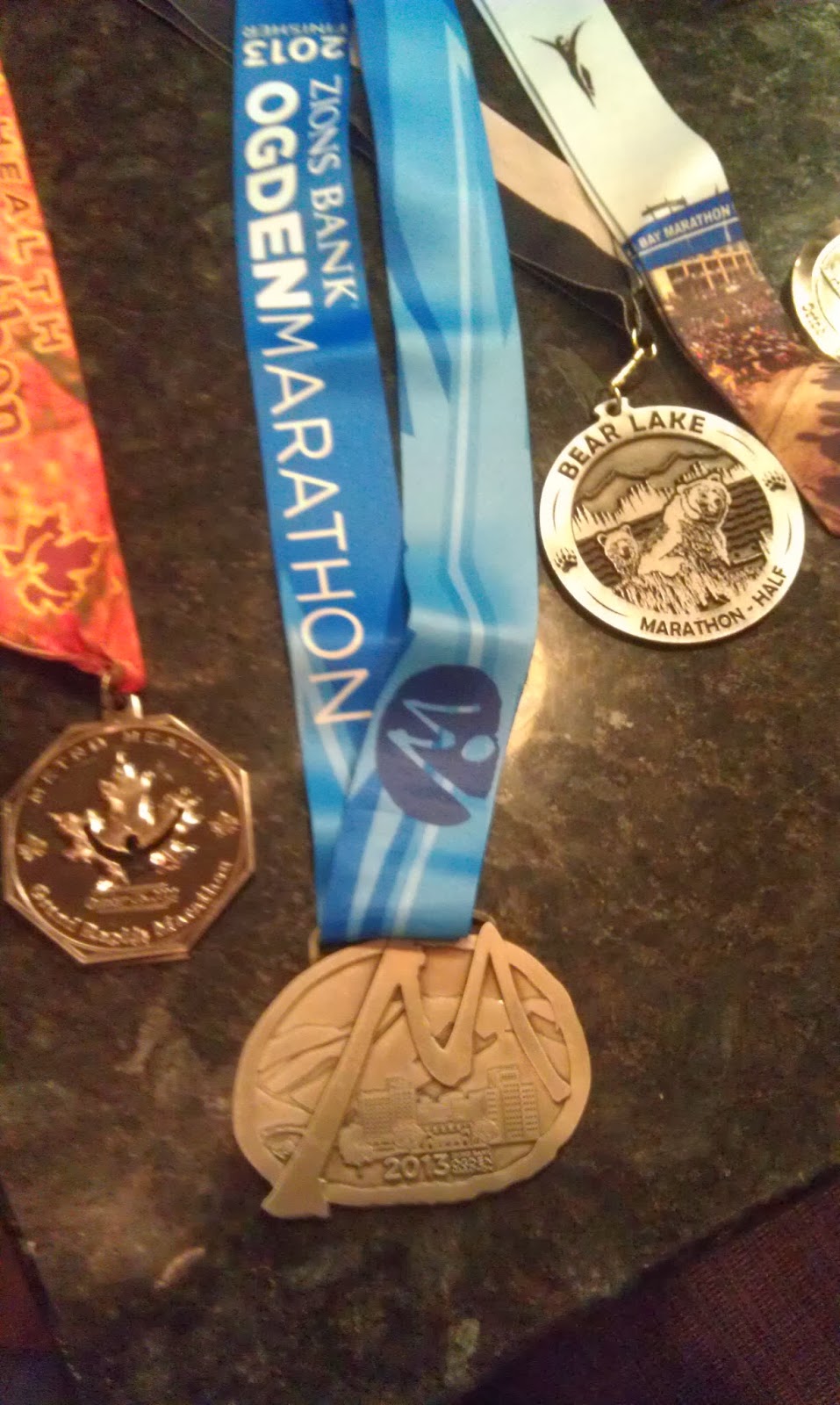 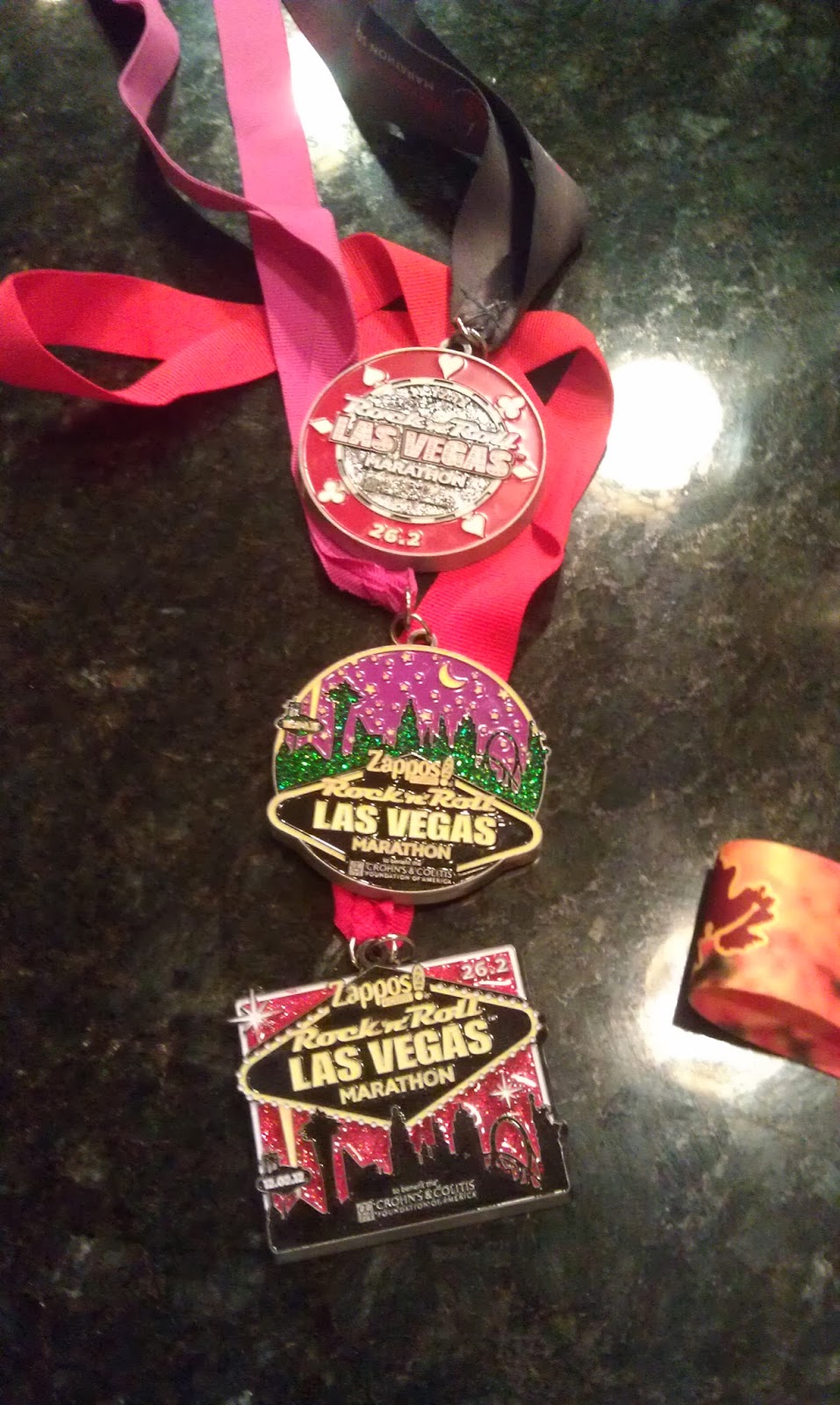 Layton Utah Marathon 2012: This one starts on an island and you run off to the mainland.  It got pretty warm and I missed the first two water stops and I never really recovered.  By mile 17 I was doing the dead-man's shuffle.  I was also cramping very badly.  I want to say I finished in 4:17 or so. I almost swore off marathons after this race. 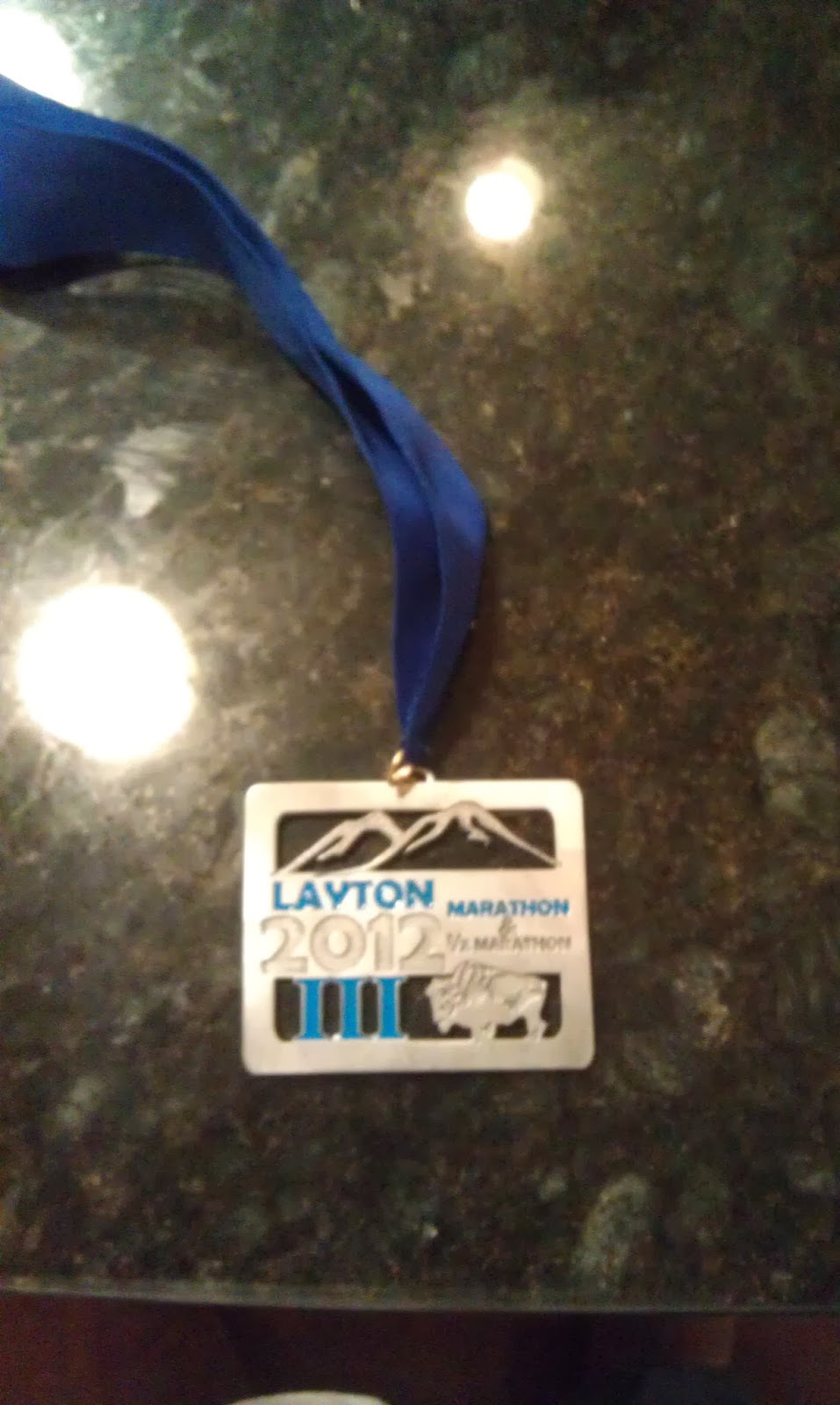 Des Moines 2011 Marathon: Another really nice race.  I registered for this race about a week or two before the event and even nailed a hotel close to the race site.  I have some fond memories of this race and ran a great time of 3:39.  This course is hilly but definitely recommended.  Perhaps I will do a write-up on it... funny experiences. 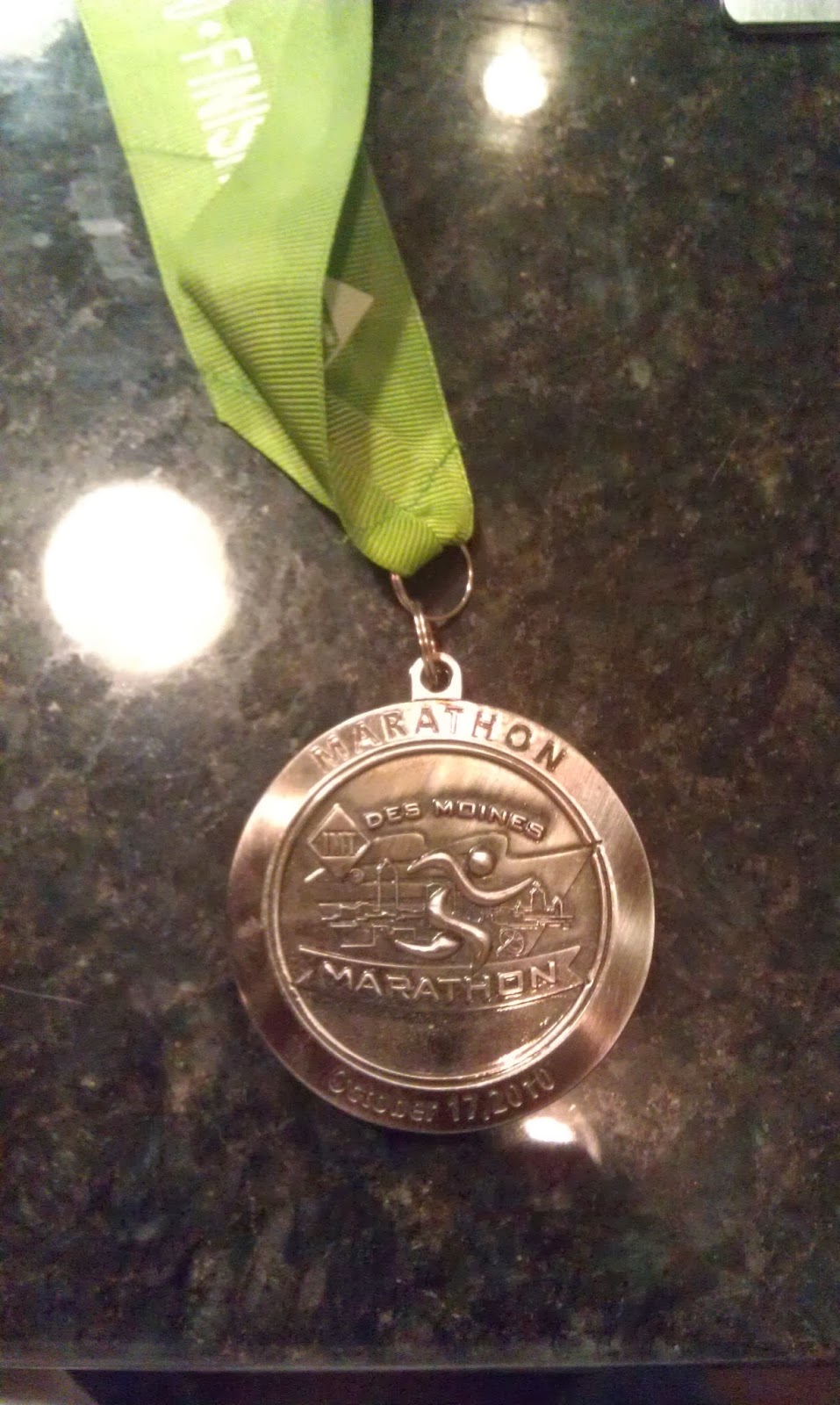