This Month in Running - March 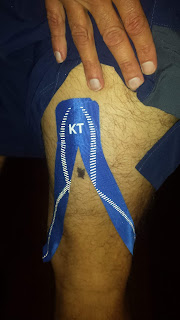 March started off kind of rough.  I had a sub-par race in Las Vegas which was a result of having bronchitis.  That bronchitis carried into March and by mid March I was largely over it.

I'd still have coughing fits at the end of most of my runs, but at least I wasn't horrible ill.

However, about a week before the end of March I was trying to work up my motivation to start running long again. My plan for Sunday was to go 12 - 14 miles or thereabouts.  However, the weather man had other ideas.

It was rainy and kind of chilly and while I could've done a nice long run it was just at that time of day where I didn't feel like doing a long run.  So I went out and by-golly, my pace was solid.  I ran about 5K to my turn around point at 10K pace.  I was flying!

I used the bathroom and slowly worked my way back up to 10K pace for the final segment of my "hard" run.  I was ecstatic.  I was hauling and the weather was perfect and the running Gods were smiling upon me.  It happens but someone of my age, not as often as it once did. 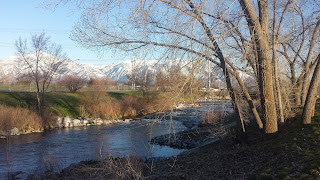 Then, just about 100 yards before I finished I felt a little tug on my hamstring.  No worries, I thought.  In over 20 years of running, I've never had a day of problems with my hamstring.

I slowed down a tiny bit but kept running.  My hamstring was definitely upset after warning me and decided to erupt in a ball of pain.  Almost like getting stung by a bee.

I came to a screeching halt.

I rubbed it and sort of walked it off, but it hurt.  I limped / hobbled home, iced it, took some Aleve and called it good.

The problem was, it wasn't good.  It hurt to walk, it hurt sitting there watching TV, it hurt using the bathroom.  I figured a few days worth of rest, and I'll be as good as new.

Well, I am typing this in mid-April and it took a whopping 3 weeks before I could even think about running.  I used KT tape, sports rubs, ice, anti-inflamatories, compression, but I couldn't run on it.  And if I did think about running on it and it hurt, it'd be like starting at day 0 again.  What I *think* I did was pull a hamstring muscle and it took 3 - 4 weeks to resolve.  I did not stretch it.  My hunch is a torn hamstring is not going to respond to stretching. In fact, stretching made it more angry.

I am typing this April 25th and I just started to run last week.  I still can't do a lunge to save my life but I can run and finally I can run at a good clip.  My confidence is coming back that I can race a bit. 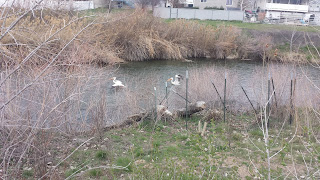 I continued to maintain my sanity by walking -- and I walked just about whatever miles I would've run.  And I was suddenly VERY envious of all the other runners who were enjoying their endorphins while I trudged along.  I knew, however, that my injury wasn't a career killer and I'd be back at it soon enough. 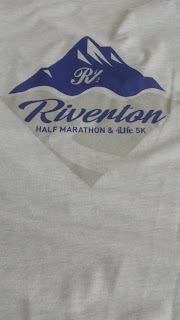 March also turned into a killer for missed races.  I was too sick to do the March Madness Half.  I even got the okay to drop down to the 10K but the morning of the race I felt like garbage.

I also was supposed to do the Riverton half.  I pretty much paid full price for it and I thought I could work my way through it.  However, when I went to the race that morning I ran about 150 yards and called my hamstring unfit for half marathon duty.  So I dropped to the 5K (super cool for them to do that for me on the day of the event).  However, about 30 minutes before the 5K I did a very easy warm-up and I lasted about half the length of a football field before it felt like a gunshot went off in my hamstring. I was just about in tears on that one as I drove off.  So I have a $50 t-shirt.

Finally, I was borderline ready to do the Salt Lake Half.  I am so glad I didn't.  The course is point to point, so if my hamstring died on my on my 2, I'd have to wait to take the sag wagon or just hoof it the next 11 miles.  They have a fantastic deferral program, so I basically deferred my entry until next year.  It set me back $30, but that's the price.  I did run that morning and lasted 3.75 before my hamstring stopped me in my tracks. 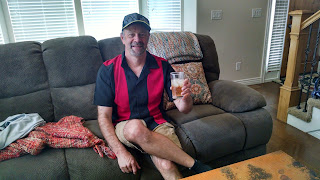 As I write this, I am running.  I ran 37 miles last week.  This week, I feel even stronger.  It is late April though and I don't want to steal April's thunder but March -- and for that matter, the start of 2019 has been kind of cruddy:

I try not to dwell on the past, but man, I could use some good fortune.

I am just happy to be running again and I get to push myself to some new limits and enjoy what the world has to offer.  Staying positive! 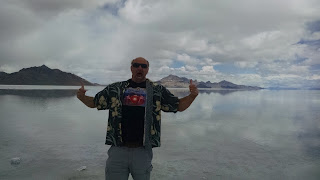 Email ThisBlogThis!Share to TwitterShare to FacebookShare to Pinterest
Labels: injury, running, This Month in Running