Being that I'll be out of town this coming weekend and the weather getting particularly more winter-like, I opted to go for what will probably be my last hike for 2015.

I've done all the trails at least once in Little and Big Cottonwood but it had been a while since I had been to Millcreek Canyon.  Millcreek is one canyon north of Big Cottonwood and takes just a few more minutes to get to.  Also on the downside it does cost $3 to get into.

After doing some research I figured I'd make another attempt at climbing to the top of Grandeur Peak -- nestled high above the I-80 / I-215 interchange.  It stands just shy of 8300 and is one of the prominent peaks when you are looking in from the valley.

I parked at the Church Fork Trail and made my way up to the top.  Gentle and regular readers my recall that I attempted to climb it from the west and it is definitely a LOT harder.

This way is also a lot prettier, with far more trees and even a waterfall or two.  There is definitely a climb involved, but it is much easier.

There was some ice and some very technical parts near the top but overall, anyone with basic ability can make it to the top and see some glorious views of the Salt Lake valley.

There were a fair amount of people on the trail and today it was open to dogs, so I got my fair share of greets from happy dogs.  Keep in mind that the trail is open to mountain bikes as well on odd numbered days.

Church Fork trail can be found about 2.4 miles from the toll booth and there is a sign for it.  The trail was fairly easy to follow but there were a few spots where the trail sort of meandered away and it wasn't clear where to go.  Luckily if you study the maps before you go, it isn't that hard to figure out where to go.  Again, there were a fair amount of people on the trail too. 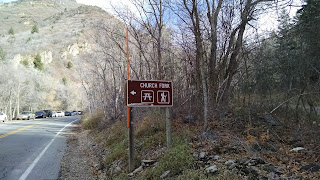 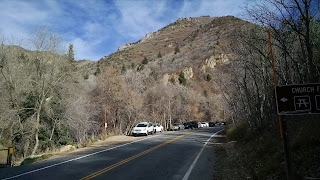 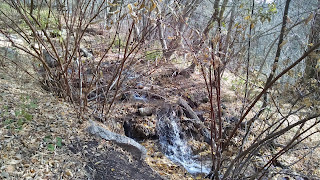 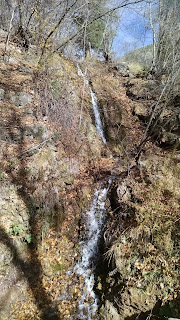 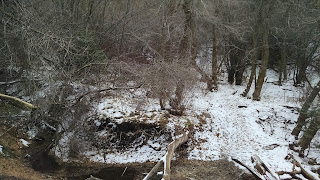 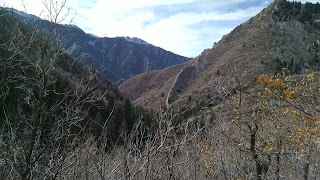 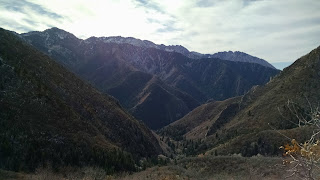 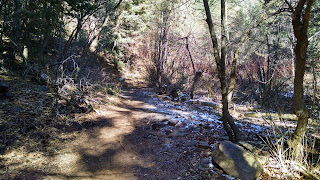 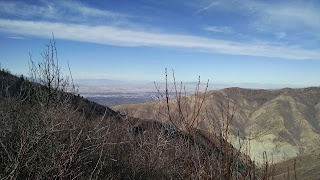 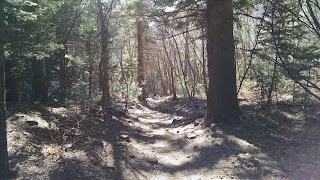