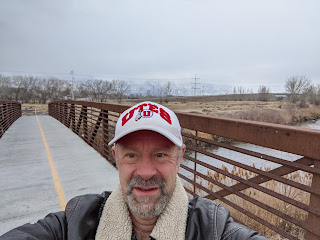 As usual, January is a pretty lean month as far as races go.  Normally, I do the St George Half Marathon, but it fell victim to Covid-19.  If one is willing to travel, there are races down in Arizona or Las Vegas, but those races have dwindled as well.
So that leaves a big empty Zero in my racing for the month.
However, thanks to https://www.runrocknrollvr.com/ I've found a bit of inspiration.
I've been done three virtual races so far this year.  Just a brief of description of them: 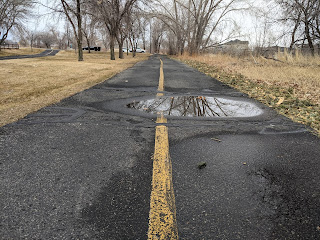 I have been running about 30 to 40 miles a week.  Sometimes a little more, sometimes less.  My focus has been improving my speed for the upcoming 5K / 10K season.  In addition, I am trying to maintain my endurance so that I can participate in any half marathon that interests me.
That being said, I have gotten the bug to do a marathon again.  However, given that races are iffy at present and race directors come out and say "Hey, our race is happening" and then 2 weeks before the race they announce it gets canceled, I just don't want to put in the training / work and attempt to run a marathon virtually (yuck!).  I can do a run on my own but a full marathon-- no way.
That being said, my training usually involves some sort of time trial or virtual race on the weekend followed by a bit of easy or maintenance running.  Around midweek I do some sort of speed workout.  I have found the workouts on the Rock 'n Roll Virtual running site to be outstanding.  Also, I'll do some hill repeats. 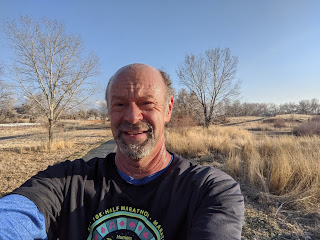 My weight continues to be going down.  I am clocking in regularly at around 172 pounds.  A year ago, I was pushing 190.  Ditching the restaurant food and over-sized portions has helped a lot in me regaining my fitness.
My goal weight is somewhere around 170 - 175 pounds.  These last 5 pounds have been a bit more work to lose but I am pretty happy with where I am at.
I still snack on some "bad for you" foods but for the most part I try to limit the bad stuff in favor of the good stuff.  I try to load up on vegetables and limit the sugar and chips. 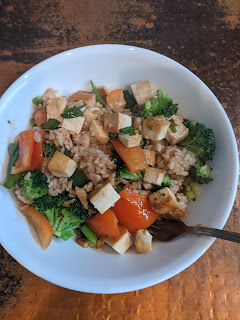 I've also continued to ditch sugary snacks, like candy and cookies.  The discipline is paying off with faster times and comments saying how much better I look.