Despite not running a lot of miles I did get a few good workouts.  On Monday, I wound up doing some speed work -- much needed.  I remember being able to run quarters in about 1:20-ish.  Now, I have to really work to go sub 1:50.  Weight gain, age, altitude all play a factor as to why I can't do those numbers.  Also, most of my training has been long distance specific, so speed hasn't been on my priority list.

With the cooler weather, I also managed to put down several medium efforts -- or shall I see medium plus.  They were definitely workouts and I was definitely pushing the pace.  With no major marathons on the near, for-sure horizon, I can dial back the overall mileage (a bit) and try to get some quality workouts.

This past weekend, the fine folks in Wendover sent me a free hotel pass.  Looking for something to do, we took them up on the effort and on Friday night we slipped off into the desert and did a night of gambling and eating.  Yes, I did abuse myself at the buffet but how can you not when crab legs are involved?

Either way, I figured we'd be heading out west and I had been studying various trails using Google Maps (satellite) and figuring out where I could drive, park the car and not get myself into too much trouble.  I've pretty much run through everything in the city limits and I wanted something new.

So on Saturday morning I groggily woke up early and decided I was going to find a trail out near Pilot Peak, which is a beautiful mountain that can't be missed when you approach Nevada Utah.  The mountain itself is in Nevada.

I wound up driving about 12 miles west of Wendover and took the Pilot Peak Road exit.  I had plans of driving about 8 miles north on the road.  According to Google Maps I should've found an ATV trail that was 3 miles out and back to the base of the mountain.

Well, as soon I got off the freeway and made my turn onto Pilot Peak Road, my car spun out.  I was not going fast at all but I realized the dirt road had a heavy sheet of ice on it. The Utah / Nevada border was foggy with no rain, but once I crossed into the Pacific Time Zone, it was like a whole other weather system.

I was NOT going to drive on that.  I have crappy tires and I just didn't want to wind up in a ditch, on a cold, rainy, miserable day (I am pretty sure I still had cell connection, though).

There is a Nevada historical marker at the exit and I wound up parking my car in the lot there.  I tried to run on the road,  but even for running, the footing was awful. I wound up running about 4 miles out and back along the crest of the ditch.  It was not easy going but it was fun and different.

The cows in the field certainly haven't seen humans before and as I approached them, even from a distance, they looked at me as if to say "WTF are you doing out here?" They scurried away like mice.

The road is lightly trafficked.  I probably saw half a dozen cars.  I waved at most and everyone gave me a look like, "Dude, what are you doing out here".  It was raining, snowing, cold and here I am running along this crappy road that no one goes on.

I wish the views had been better.  Pilot Peak is definitely worth checking out.

At the turn around I did come along a double-wide graveyard of sorts.  People really abuse the desert and it is sort of sad.  I probably saw at least 50 beer bottles just thrown into the weeds, tires, and other car parts.  It just sort of marred the whole experience.

While this run may not have been spectacular, it was memorable.  99% of the time I run the same route -- day in and day out.  Running something new -- even in miserable conditions -- can make a permanent memory. 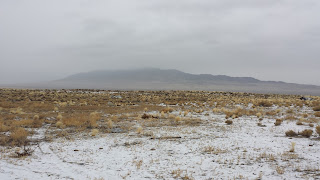 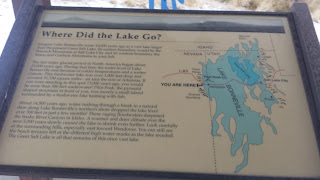 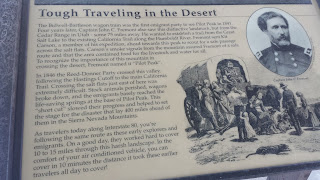 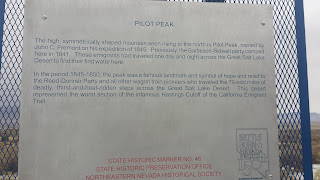 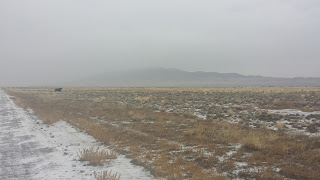 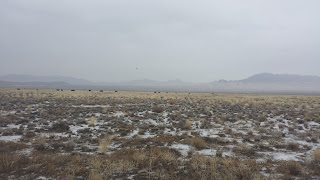 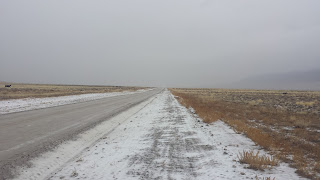 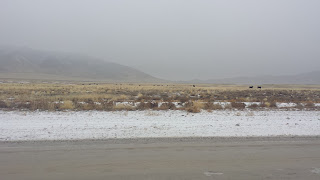 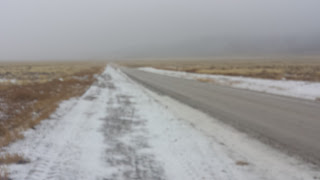 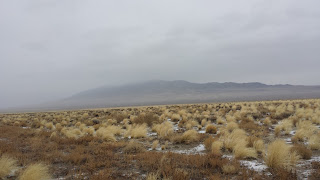 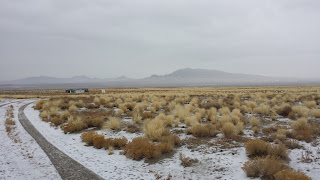 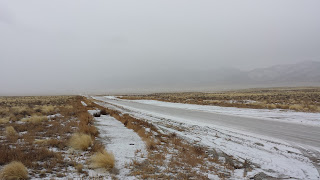 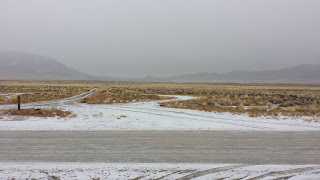 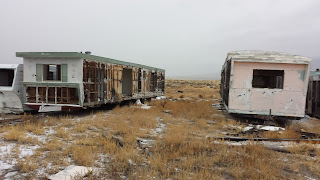 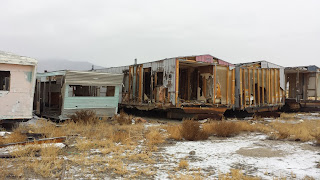 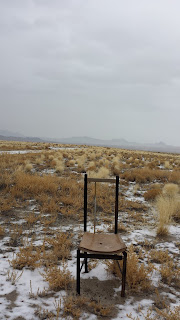 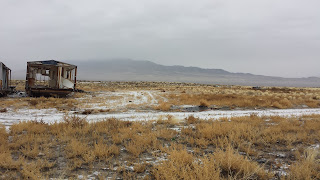 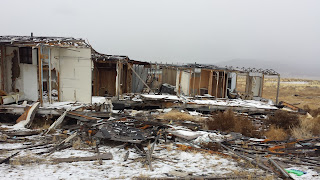 
My race calendar is filling up.  Keep sending me nice coupons in the e-mail race directors, and I'll continue to sign up in advance.